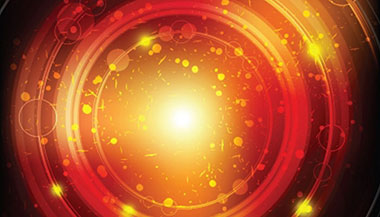 Once these resources are sufficiently depleted they become too expensive to retrieve. Renewable energy sources include the sun and the wind. Harnessing energy from water currents, tides, and waves also count as forms of renewable energy. In contrast, the traditional energy sources we rely on to generate power namely coal, oil, and natural gas are non-renewable sources of power.

Mind you, not all renewable energy sources come devoid of consequences (think about issues surrounding hydroelectric dams in the West). Solar power has the distinct advantage of tapping energy from the sun without really impacting any other natural resource.

Positioning a home on an east-west axis and ensuring that the home’s south side receives its maximum amount of daylight.

Designing interior spaces so that rooms used most frequently are along the building’s south face.

Planting trees and other vegetation strategically around your home to provide natural shading and buffer from intense heat.

The ability to record both power produced and power used. Utility companies record the information, as they do for all home meters, and charge customers for the power they use as well as credit them for any excess power they generate.

A common unit of electric power consumption. One kilowatt-hour equals 1000 watt-hours and can be used to define the amount of energy used over a one-hour period. For example, a 60-watt incandescent light bulb turned on for one hour would use 60 watt-hours of energy.

A side note: Interestingly, a 19-watt compact fluorescent bulb (CFL) packs the equivalent amount of output as a 60-watt incandescent, but saves 68% of the comparable energy. There are two reasons for this: (1) 75% of the energy incandescent light bulbs use ends up as heat, only 25% gives off light; (2) CFLs last 10 times longer than incandescents and save $30 or more in energy bills over their lifetime. So use CFL bulbs wherever possible to cool down the planet too.

Photovoltaic cells are made of parallel clusters of semiconductor materials such as silicon. Although silicon has been by far the most frequently used material, primarily because of its abundance (it’s the second most plentiful element in the Earth’s crust), it takes a lot of effort to produce a highly efficient PV cell and until recently the cost for PV arrays prohibited most people from using it. Today those costs have come down considerably and are further reduced by the plenitude of federal, state, and local tax credits, rebates and other monetary incentives to make installing a solar electric energy system a viable and cost effective energy alternative. The future looks brighter still as scientists continue to explore ways to create other non-silicon based photovoltaic panels with the hope of eventually producing solar cells at about one-tenth the cost of silicon based products.